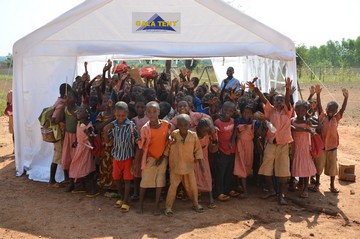 A community of refugees in Burkina Faso, West Africa have been able to set up a school thanks to the donation of a marquee by Rotherham-based Gala Tent.

Gala Tent, the UK’s largest importer and exporter of tents, marquees and gazebos, provided the marquee to ABC Children’s Aid, along with other useful canvas and equipment to be used as a school in a remote outpost.

The charity approached Gala Tent to see if the company could help with providing a marquee to replace a broken down hut that had previously been used for evening classes, where children learn to read and write.

Hundreds of children in the area are now being taught within the marquee, who would otherwise be unable to attend school.

The community has been delighted with their new classroom, as John Beynon of ABC Children’s Aid UK, explains: “We would like to thank Gala Tent for their generous donation which is greatly appreciated by the people living in Burkina Faso. The community are delighted with the marquee – they’ve never seen anything like it before! It has doubled the space available for teaching and given the young people a real interest in attending this school.

Jason Mace, Managing Director of Gala Tent, said: “We are delighted to have been able to help a community that really needs it. ABC Children’s Aid does some excellent work and for a small cost to ourselves this looks to have had a huge impact on young people in this area of Burkina Faso. 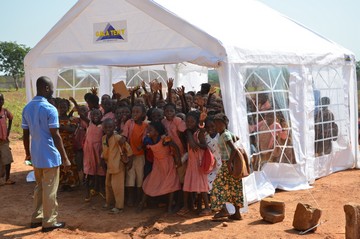 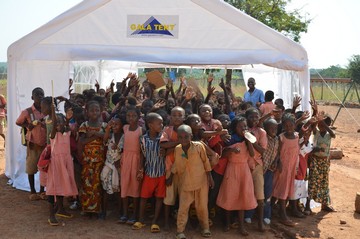 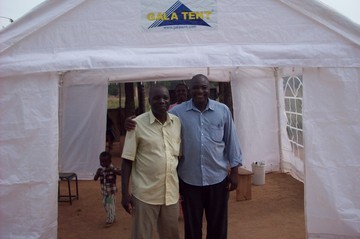 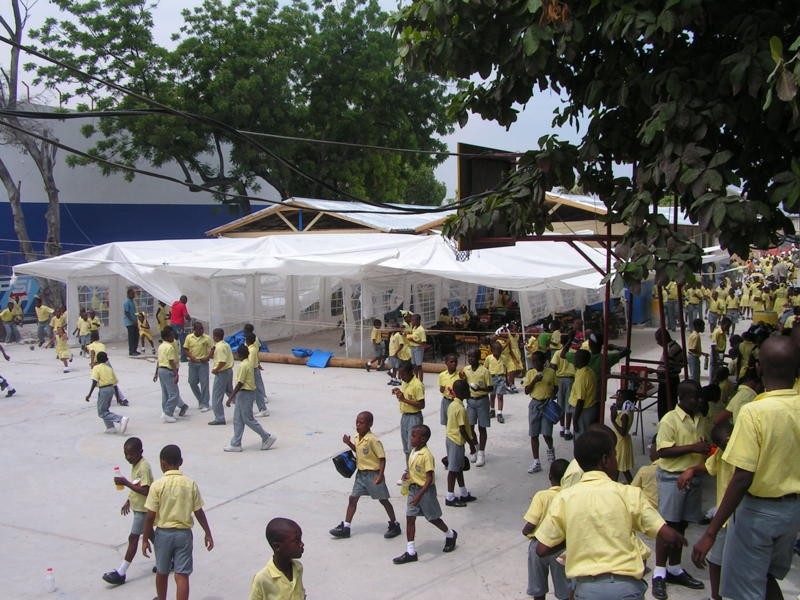 Since the devastating earthquake of 12th January 2010, there has been many programmes in place to try to save lives and bring sustainability to the people of Haiti quickly and effectively. The disaster was published in the media showing some of the most vulnerable populations in order to make people aware of the disasters and emergencies which happen on a regular basis in less fortunate countries.

When the life-severe earthquake hit Haiti in 2010, families and homes were left torn apart. Volunteers voiced the needs of the people of Haiti for relief, hoping for some kind donations. As soon as Jason Mace, MD of Gala Tent Ltd, heard about the devastating earthquake, he wanted to do all he could to help them the families recover from the earthquake and build a brighter future for themselves, their families and their countries.

Jason decided to supply Haiti with Gala Tent marquees to provide shelter for the people to be used as homes as well as schools. Gala Tent delivered the stock to the nearest airport on next day delivery where it was flew out to Haiti the following day. The people of Haiti were relieved that they felt secure under the shelter of a marquee until they could rebuild their lives again.

Donations like this make the living conditions better as well as enabling the volunteers to provide medical care, schooling for children and community programs. The main objective is to make sure that all the people have shelter which is why Jason donated the marquees. Volunteers have focused on helping families find one another and stay together in a tent to save them from any more pain and suffering. This support couldn't have happened without the help of Gala Tent Ltd.

Jason Mace said: “We were delighted that we could help so many families after such a tragic event.” 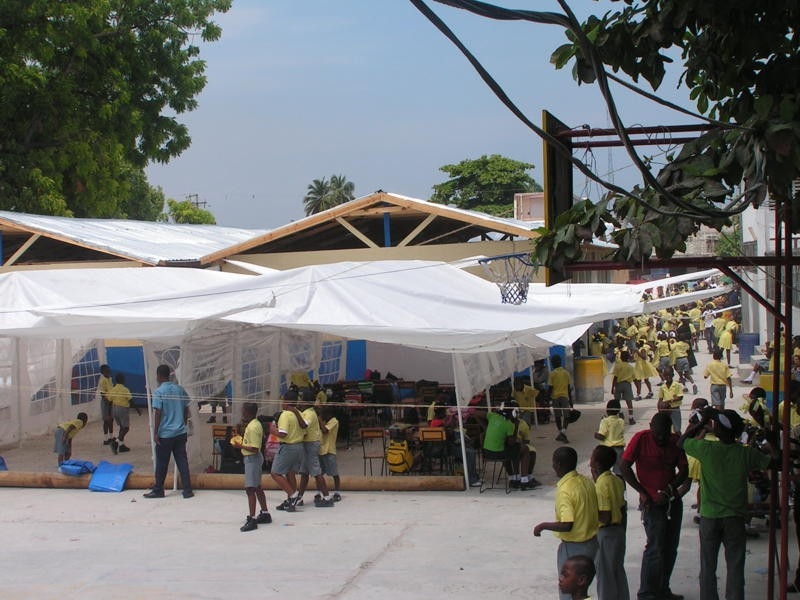 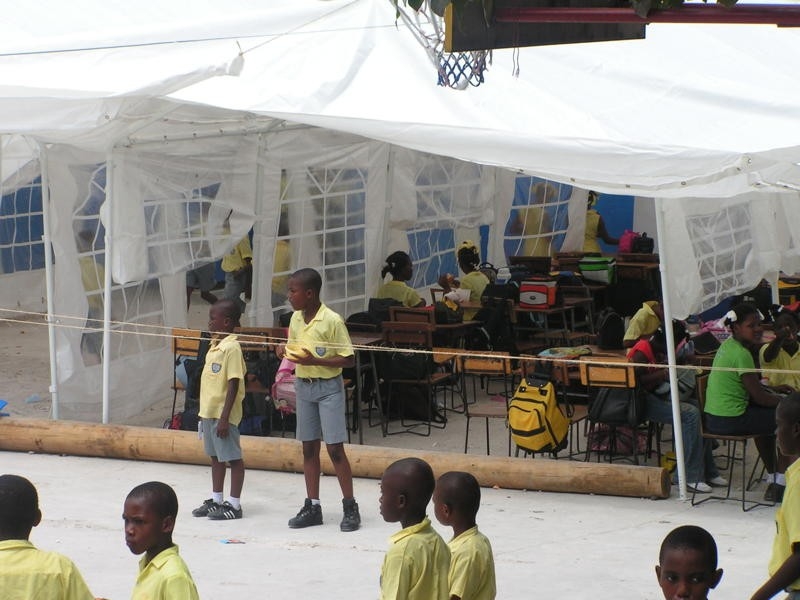 Gala Tent Limited supplies Gala Tents to Islamic Relief for use as temporary shelters in Pakistan following the earthquake. 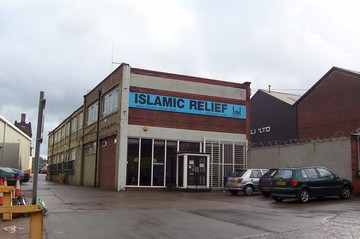 Gala Tent supplied 40 Marquees to Islamic Relief for the earthquake disaster to help with shelter and schooling for the homeless. Managing Director Jason Mace said “Gala Tent is the largest stockist of Marquees in Europe which enabled us to deliver them next day to Birmingham where another company had donated a flight which then flew the Marquees to the effected area, we were only to pleased to assist".

When the life-severe earthquake hit Haiti in 2010, families and homes were left torn apart. Volunteers voiced the needs of the people of Haiti for relief, hoping for some kind donations. As soon as Jason Mace, MD of Gala Tent Ltd, heard about the devastating earthquake, he wanted to do all he could to help them the families recov-er from the earthquake and build a brighter future for themselves, their families and their countries.

With so many natural disasters affecting areas all over the world, assistance is always required.

If you would like to help, please visit-
www.islamic-relief.com 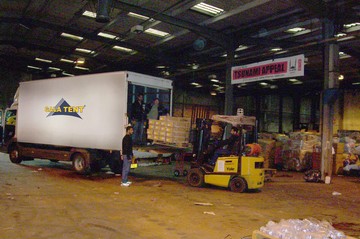 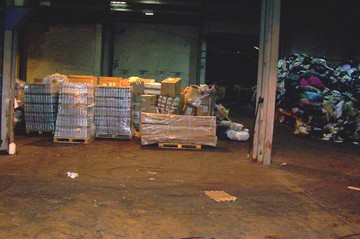 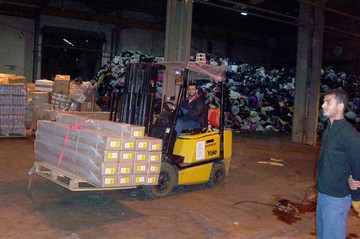 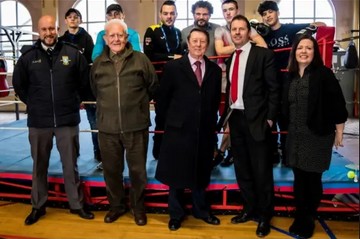 Former FA Premier League Chairman Sir Dave Richards took time out to visit the Empress Buildings in Mexborough this week to meet staff and service users of the Dearne Valley Personal Development Centre (DVPDC), which is based here.

The former chairman of Sheffield Wednesday Football Club was invited by new owner of the Empress Buildings Jason Mace, managing director of Gala Tent, to help secure further support and funding for the charity.

Jason is also a Trustee of the DVPDC, which supports young people by providing a variety of health, fitness and outdoor pursuit activities, raises aspirations and helps them to take a positive pathway for the future.

Sir Dave got the chance to meet founder of the DVPDC John Irwin, former Featherweight boxing champion who won the Gold medal at the 1990 Commonwealth Games in New Zealand.

John introduced him to a number of young people who are aiming to make positive changes in their lives through sports activity and education at the centre. Sir David also met British boxing Bantamweight champion Josh Wale from Barnsley who regularly volunteers with the project to coach the young people in boxing techniques, as well as health and fitness. He was also introduced to Ricky Hunt, curriculum manager at Sheffield Wednesday Football Club who visited Dearne Valley Partnership to meet the trustees of the charity to see if there were any opportunities for joint working opportunities between the club and the charity.

Sir David Richards said: “I was very impressed with the good work that Dearne Valley Partnership does with young people. It is organisations like this that fill the gap between school and finding employment, putting young people on the right path and getting them ready for work. I applaud the good work of John and Jackie Irwin and their team of volunteers. Funding is a big issue for them though and they really need local business support to help them to continue their great work.”

Empress building owner Jason Mace said: “It was a real privilege to invite Sir Dave to take a look at the great work that John and Jackie Irwin do at the Dearne Valley Personal Development Centre. They do need more public funding to ensure they can carry on with their essential work in helping young people to overcome any issues they may have, whilst gaining skills and real qualifications. We are appealing to any businesses or local sports people to get in touch if they are able to offer support, however small.”

Nine months ago Jason Mace acquired the iconic Empress Buildings in Mexborough and has ambitious plans for its future. Jason is investing £150k to refurbishment the former ballroom and dance hall into a hub of business, health and community activity.

John Irwin, Trustee/Manager at Dearne Valley Personal Development Centre, said: “It was fantastic to welcome Sir David to come and have a look at what we do at our centre. We have so many success stories of where we have helped young people to turn their lives around through boxing and fitness and helping them to develop a positive attitude to work.” 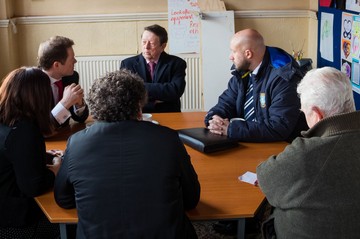 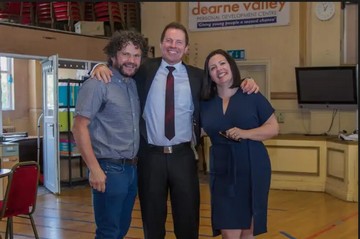 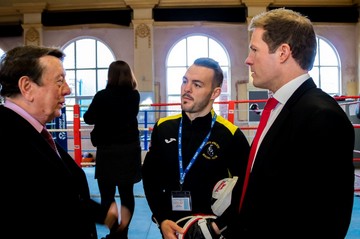